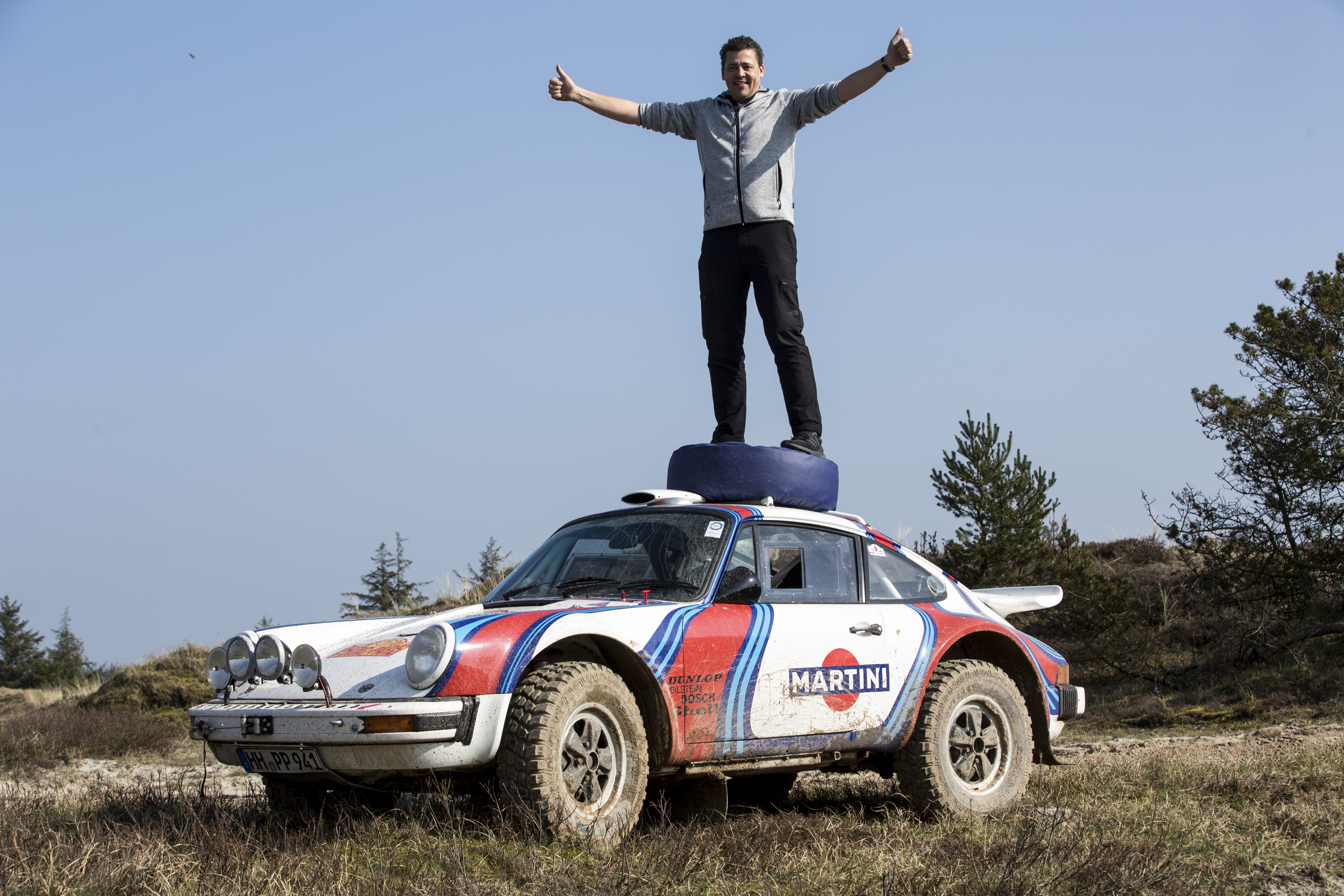 Time for a new adventure!

The next Peking to Paris Motor Challenge begins on 2nd June. The ralley, with more than a hint of Jules Verne’s 1873 novel “Around the World in 80 Days” about it, presents teams with an opportunity to test their own abilities and determination, and to explore the depth of the human spirit.
A total of 116 cars are taking part, and ours is number 94. For navigation, we are using a Garmin with pre-programmed waypoints and a road book with tulips.

Every day, we will be timed as we travel between 190 and 668 km. There will be some demanding sections along the route, identified as special tests.
The race is staged by The Endurance Rally Association, which, over the years, has organised more than 80 major events in upwards of 50 countries all around the world. 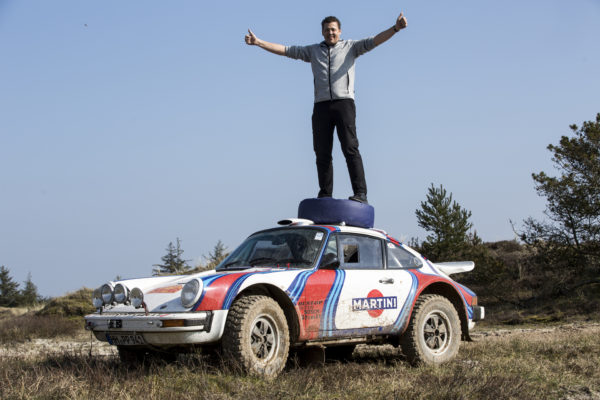 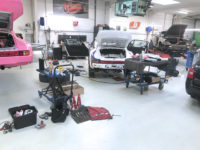 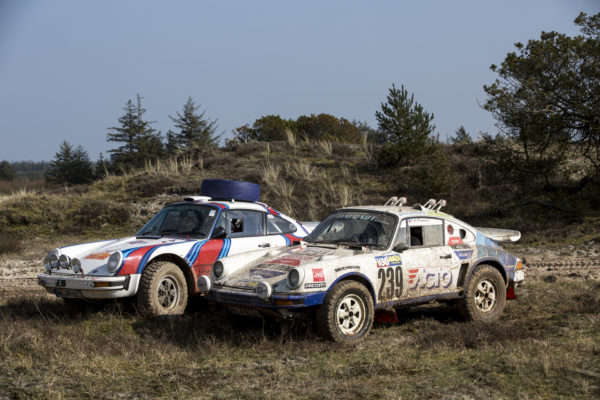 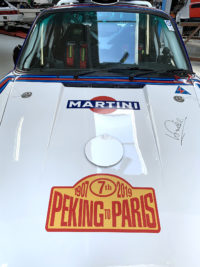 History of the
Peking to Paris Motor Challenge

The Peking to Paris Motor Challenge dates back to the year 1907, when Le Matin, a French newspaper, challenged Europe’s automobile manufacturers to show what modern cars were capable of. The challenge was to drive the almost 7600 miles from Peking (Beijing) to Paris, a route that at the time was mostly without roads..

Several experts scoffed at the race, considering the challenge to be impossible, and the motoring press agreed with them. But in the end, five vehicles were registered to take part: a Spyker from the Netherlands, two French Dion Boutons, an Italian Itala with a 7-litre engine belonging to Prince Scipione Borghese, and a three-wheeled Contral that only made it to the edge of the Gobi Desert.

The other four vehicles all reached the finish line in Paris in good shape, conquering every conceivable risk, including extreme cold, scorching heat, steep mountain climbs, rivers without bridges, desert, sand and snow.
It was Scipione Borghese who reached the finish line first, after just eight weeks. The other vehicles took a few weeks longer to get to Paris.
Due to the political situation, it was decided that the race could not be repeated. Only many years later, in 1997, was the race revived, with an alteration to the route to take it through the south of Tibet.

Finally, in 2007, as the race celebrated its centenary, it was decided to return to the original route. 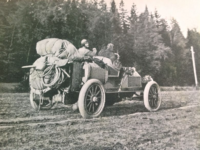 Heart Race — in it all the way!

In 2011, we decided to take part in the “Peking to Paris” rally for the first time, with putting a lot of thought into what it was all going to mean. This unique adventure made it clear to us that we may have learned a lot, but we still have an awful lot more to learn. Since then, we’ve read a lot of rally books, gained experience, and spent a lot of long days planning the next journey. The purchase of equipment is carefully weighed up, taking weight and space limitations into account for every single item. And of course the car itself has to be prepared for the journey, and important spare parts have to be acquired.
P2P 2013 taught us a lot. In particular, it taught us to minimise our equipment to keep the weight as low as possible.
Each of us has a small suitcase, 50 x 35 x 25 cm, weighing just 7 kg, along with two sleeping bags and a tent. The total weight of our equipment is just 28 kg.

We decided to use the rally as a fund-raising drive for Phönikks Stiftung in Hamburg and for “Julemærkehjemmet Fjordmark”, Kollund in Denmark. The money is shared between the two foundations. We ask each of you to make a contribution for these important causes. Our own involvement in both foundations has allowed us to see what a difference it makes when families are well supported during a period of illness. Don’t forget, every donation helps, no matter how small!

Many thanks in advance!
Annette & Lars Rolner

more on the charities 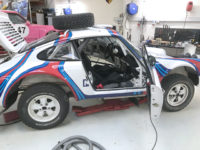 The original vehicle is a Porsche 911 S, a “G model” from 1974. The chassis and reinforcement, along with the running gear, were prepared by Dr Brandenburg in Hamburg. Manfred Rugen prepared the engine, Fernandes Oldtimertechnik in Hamburg installed the navigation equipment, and Brian Løkke Auto in Oksbøl spent three months getting the car ready for the endurance rally.

The car is equipped with a 3.2-litre fuel injected engine delivering 260 horsepower. The 915 standard transmission has four low-ratio gears and a fifth normal-ration gear to deliver fuel savings on long routes with very good roads.
The running gear is from Billstein, fitted with 225/75 x 16 aramid-reinforced Nokian Rockproof tyres (aramid is the primary fibre used in bulletproof vests).

All spare parts have been bolted onto the vehicle chassis to avoid loose components. Spare parts include a starter motor, a clutch, an alternator, two half-shafts, two shock absorbers, a fuel pump, an additional distributor cap, a rocker arm and several important small parts.

The total weight of the vehicle, including spare parts, is 1230 kg. 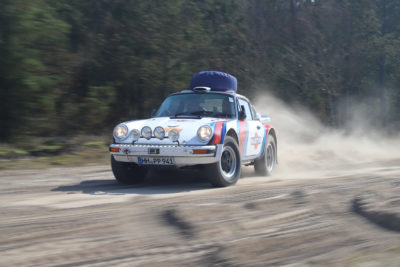 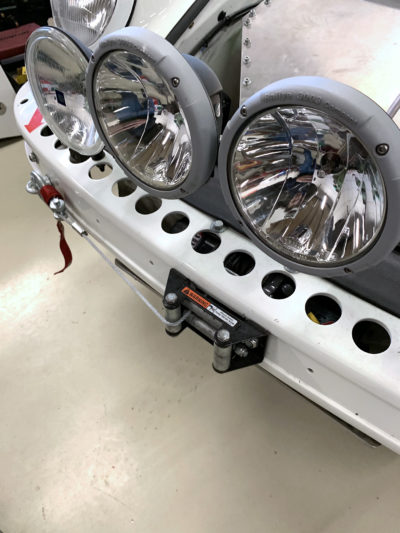 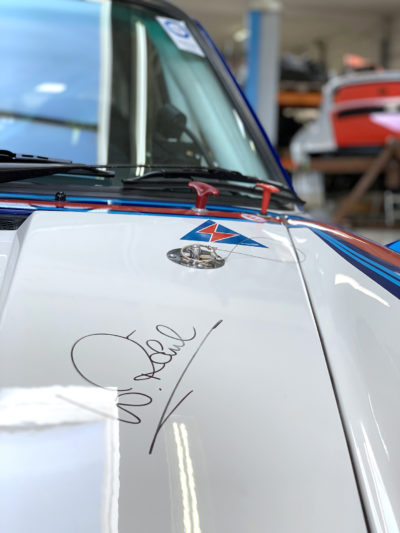 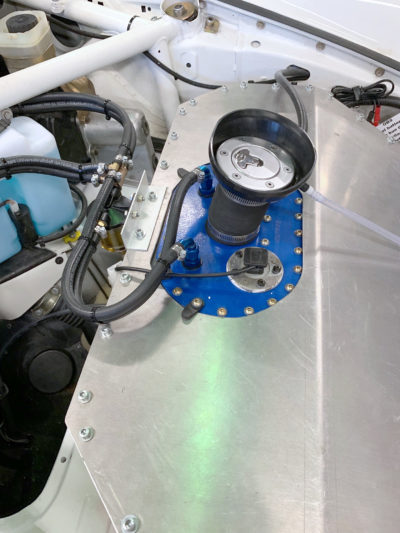 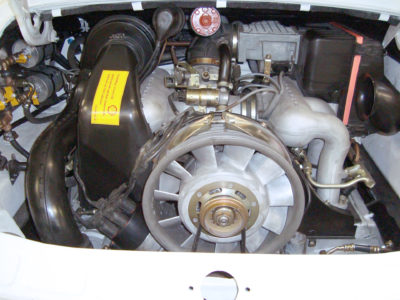 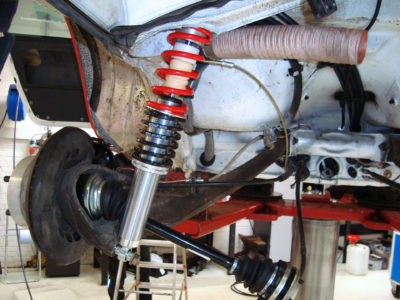